Personal Artifacts of a Capitol Artist

Constantino Brumidi, born in Rome in 1805, was fully trained in classical and Renaissance painting techniques, including true fresco. He painted murals for Popes and princes and was considered one of the city's best artists. In 1852 he emigrated to the United States.

In 1855, after painting a trial fresco in the U.S. Capitol’s new House wing, he was put on the payroll. Brumidi worked intensively at the Capitol through the early 1860s, designing, painting and supervising murals in rooms and corridors of the new Senate wing. He continued to add frescoes in the 1870s. His major contributions are the monumental canopy and frieze of the new Capitol Dome. In the canopy over the Rotunda he painted The Apotheosis of Washington in 1865. He began painting the frieze depicting major events in American history in 1878 but died in 1880 before completing it.

The artifacts in these photographs were passed down through the family of Brumidi's third wife, Lola Germon, and given to the Architect of the Capitol by Mildred Thompson, Lola's great-grandniece, over a span of years beginning around 1961, when she donated the Brumidi family Bible. 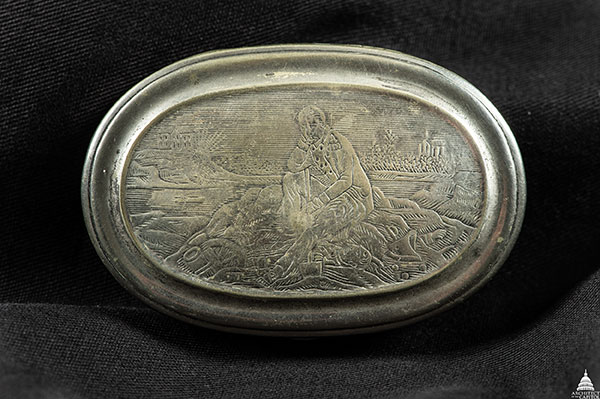 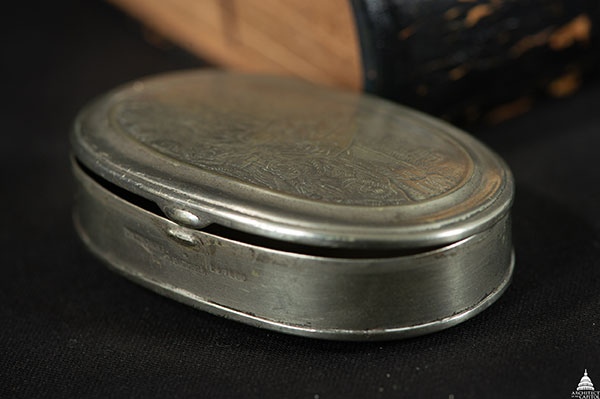 This container could be used to hold snuff, tobacco or small objects. The scene on the lid depicts a military officer grieving for those slain in battle. A patent date of 1860 stamped on the side indicates that Brumidi obtained the box in the United States. The patent is for the "dimples" that secure the closure of the lid. 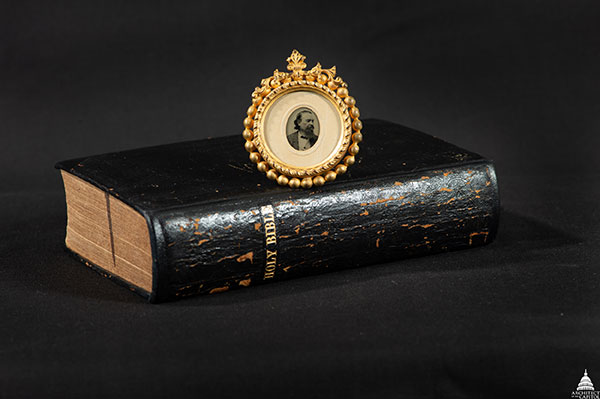 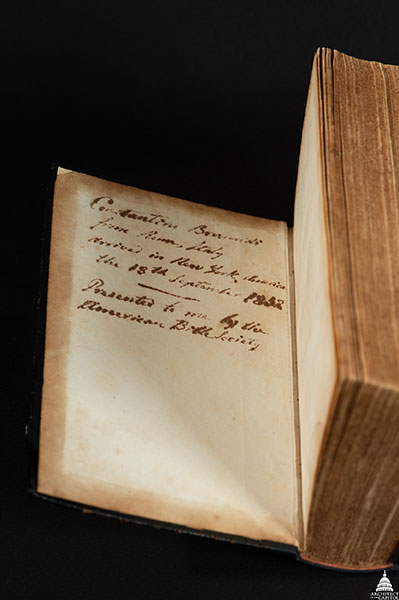 Brumidi was given this Bible on September 18, 1852, the day he arrived in New York from Rome, and wrote his name inside the front cover. On the Family History page he recorded his parentage and birth information and later added his own children.

The small metal frame with designs of beads and rope molding and a fleur-de-lys crest holds a photograph of Brumidi in middle age. 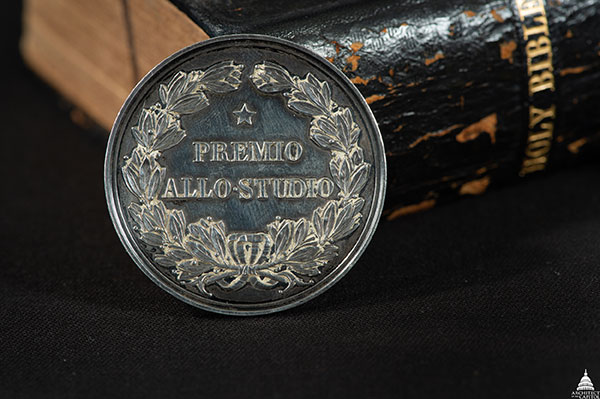 Brumidi's son Laurence studied art in Rome for five years around 1880; this is believed to be the prize medal awarded to him at the Royal Institute of Fine Arts. The front and back of the medal are stamped with the Italian words for "First Prize in Studies" and the name of the institute, respectively. 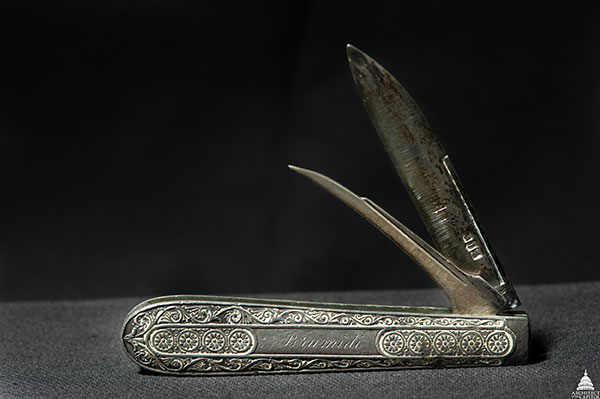 This knife's folding tools are a cutting blade and a seed picker. The handle is decorated with rosettes and scrolling leaves, and Brumidi's surname is engraved on one of the side panels. Hallmarks stamped into the blade indicate that the knife was made by the Gorham company c. 1863–1890. 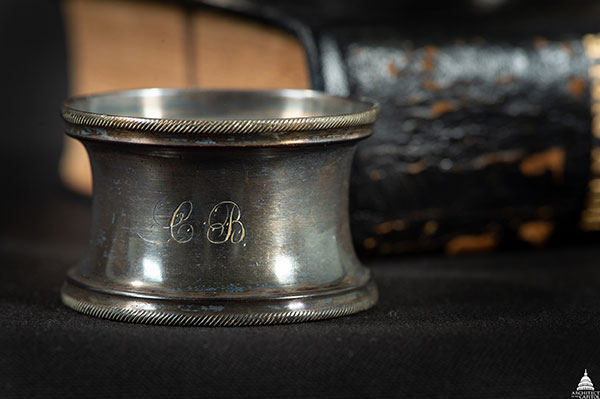 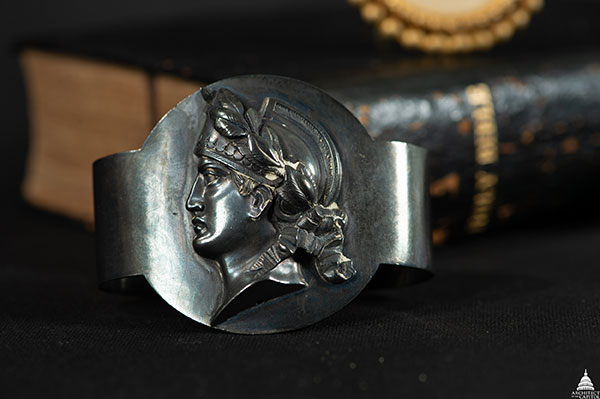 These two napkin rings, although not a set, would have complemented each other in the Brumidi household. The simple concave cylindrical ring is engraved with the initials CB in script, and the flattened ring decorated with the head of a helmeted female figure is engraved Lola.