From Concept to Creation: AOC's role in New Statues at the Capitol

The Architect of the Capitol is responsible for the care and preservation of the artwork in the U.S. Capitol, but our role extends even further. AOC Curator Barbara Wolanin details her involvement in evaluating and advising on new statues and busts before they even enter the Capitol.

As Curator for the Architect of the Capitol (AOC), I have been responsible for evaluating and advising on many of the new statues and busts that are accepted by Congress for the United States Capitol, from marble busts of vice presidents to statues in the National Statuary Hall Collection.

Many new statues have come into the National Statuary Hall collection in the last decade. The 1864 law authorizing the collection specified only that each state could donate two statues, be made of marble or bronze, depicting deceased citizens. In 2000, though, Congress for the first time allowed states to replace their statues and the Joint Committee on the Library (JCL) approved guidelines, procedures and approval milestones to ensure that the new statues are of high quality.

I serve as a point of contact between the state and the JCL, answering questions and making sure the state is clear about the guidelines. Once the JCL approves a state's replacement request, and the state has selected a sculptor, I sometimes give the sculptor a tour of the collection. Because the public can walk right up to our statues (and even touch them, although they are not supposed to!), the sculptor needs to avoid fragile or sharp projecting design elements, and we want to make sure that the statue can be easily maintained in the future. 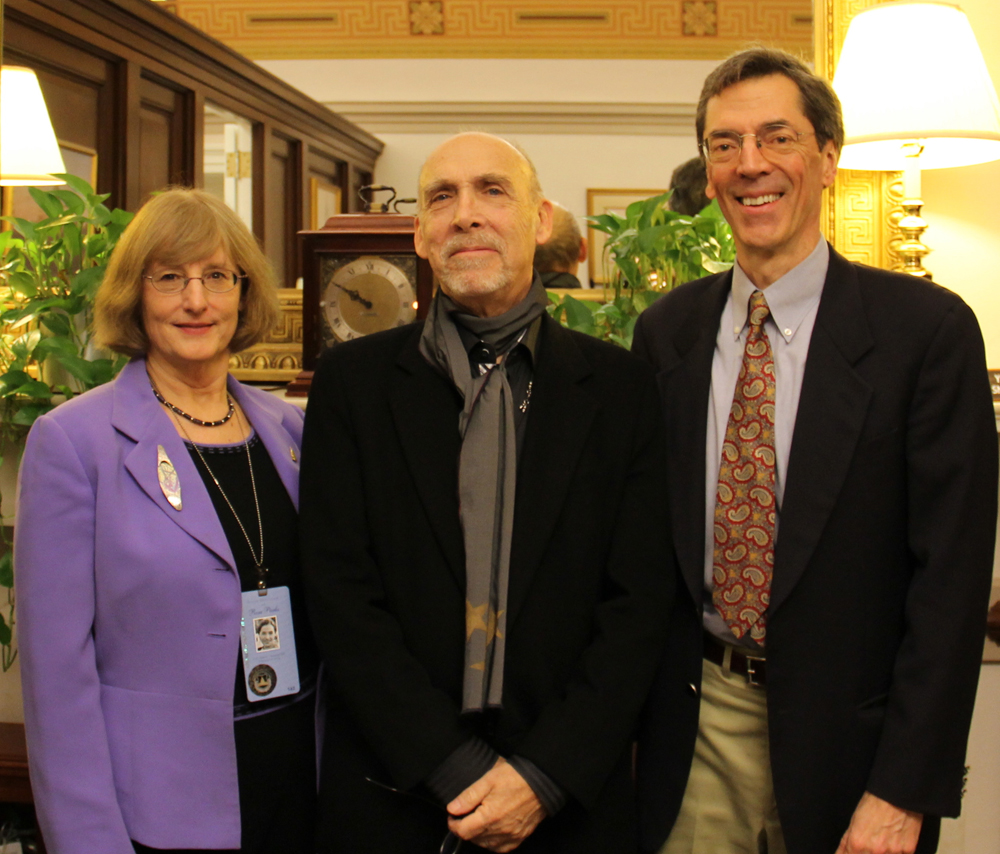 Following AOC review, the JCL must approve each stage, from the small-scale maquette of the proposed design, to the full-size clay model and pedestal design, to the cast bronze and completed pedestal. The AOC's structural engineer reviews the design for the pedestal, now required to be hollow to lessen its weight, and the JCL may ask for changes in the inscription. All of the replacement statues in the National Statuary Hall collection have been made of bronze, which is half the cost of a marble statue, and much lighter. A bronze statue only weighs hundreds of pounds, while a marble statue weighs thousands. At times I have worked with the state representative to review a proposed patina, the color created by chemicals applied to the bronze, in the space where the statue will be viewed.

Once the JCL approves the final statue, plans are made for the unveiling ceremony. Riggers are hired to remove the previous statue and to bring the new statue and pedestal into the Capitol. This process is especially dramatic when the statue is lifted by crane to the second floor. The riggers must be careful to protect the floors and spread the weight as the equipment and statue are moved across them. The whole process, supported by the AOC's Capitol Building Mason Shop and the U.S. Capitol Police and documented by the AOC photographers, can go late into the night. I usually don't like to go home until I see that the statue is safely in place.

The statue is usually boxed up right away, then covered with a drape right before the unveiling ceremony. When it is unveiled to the applause of the members of Congress and others in the audience, it becomes part of the Capitol's art collection under the AOC's care.