This statue of Robert Fulton was given to the National Statuary Hall Collection by Pennsylvania in 1889. Fulton was an engineer and inventor best remembered for building America's first steamboat.

Marble
Given by Pennsylvania in 1889
National Statuary Hall
U.S. Capitol

Robert Fulton was born in Lancaster County, Pennsylvania, on November 14, 1765. His early education was limited, but he displayed considerable artistic talent and inventiveness. At the age of 17 he moved to Philadelphia, where he established himself as a painter. Advised to go abroad because of ill health, he moved to London in 1786. His lifelong interest in scientific and engineering developments, especially in the application of steam engines, supplanted art as a career. Fulton secured English patents for machines with a wide variety of functions. He was also interested in canal systems. In 1797, European conflicts led Fulton to begin work on weapons against piracy, including submarines, mines and torpedoes. 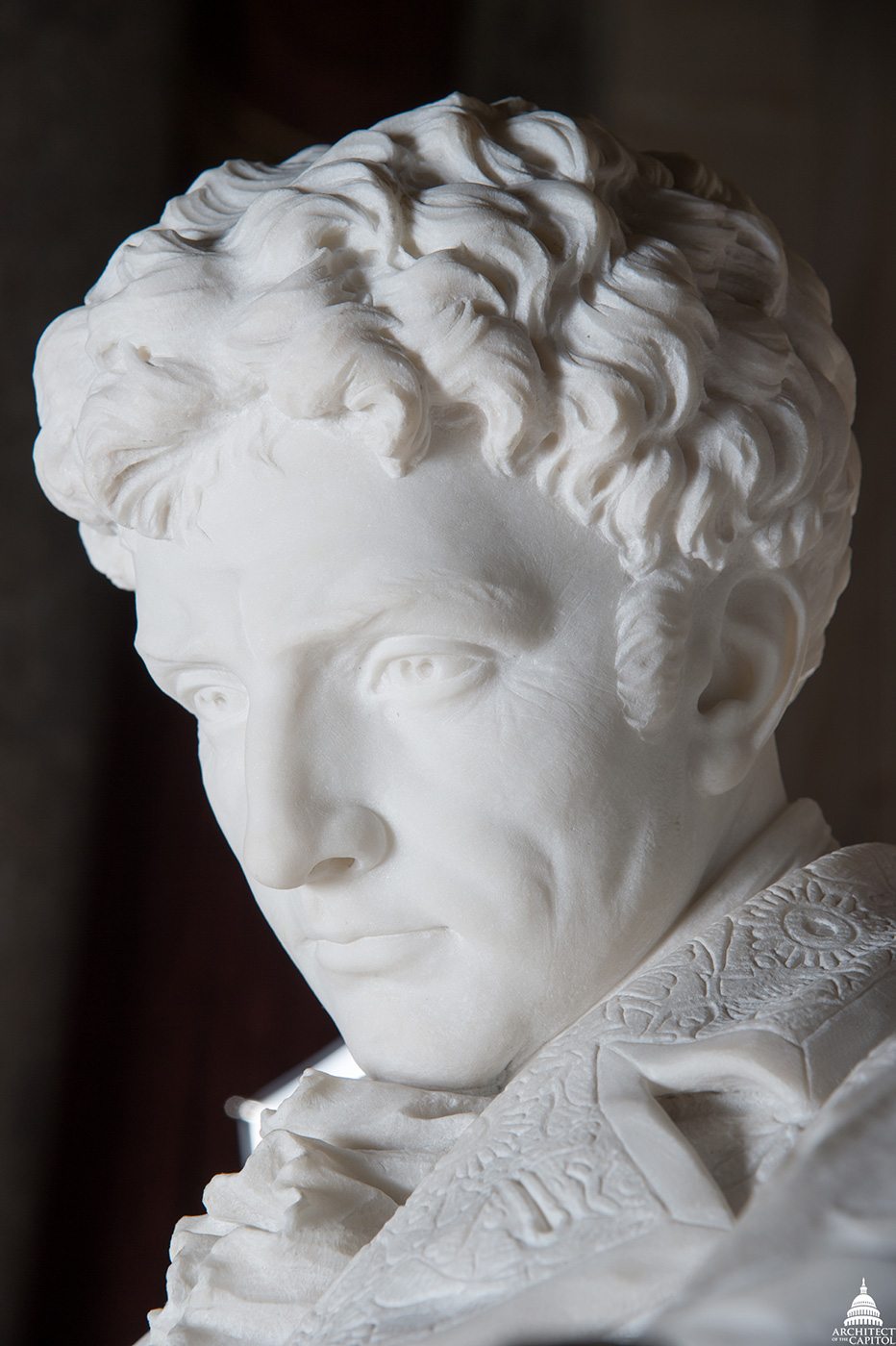 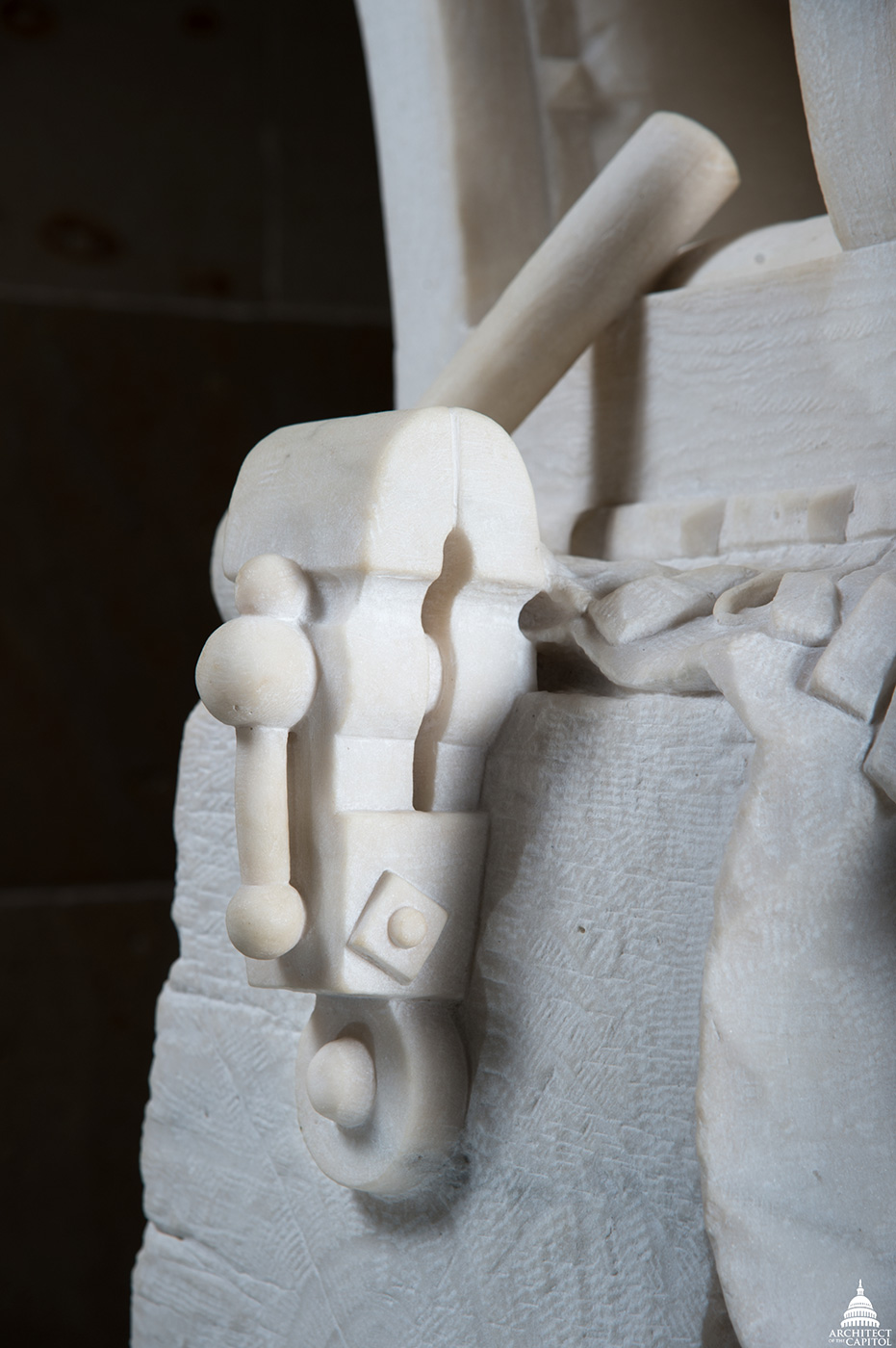 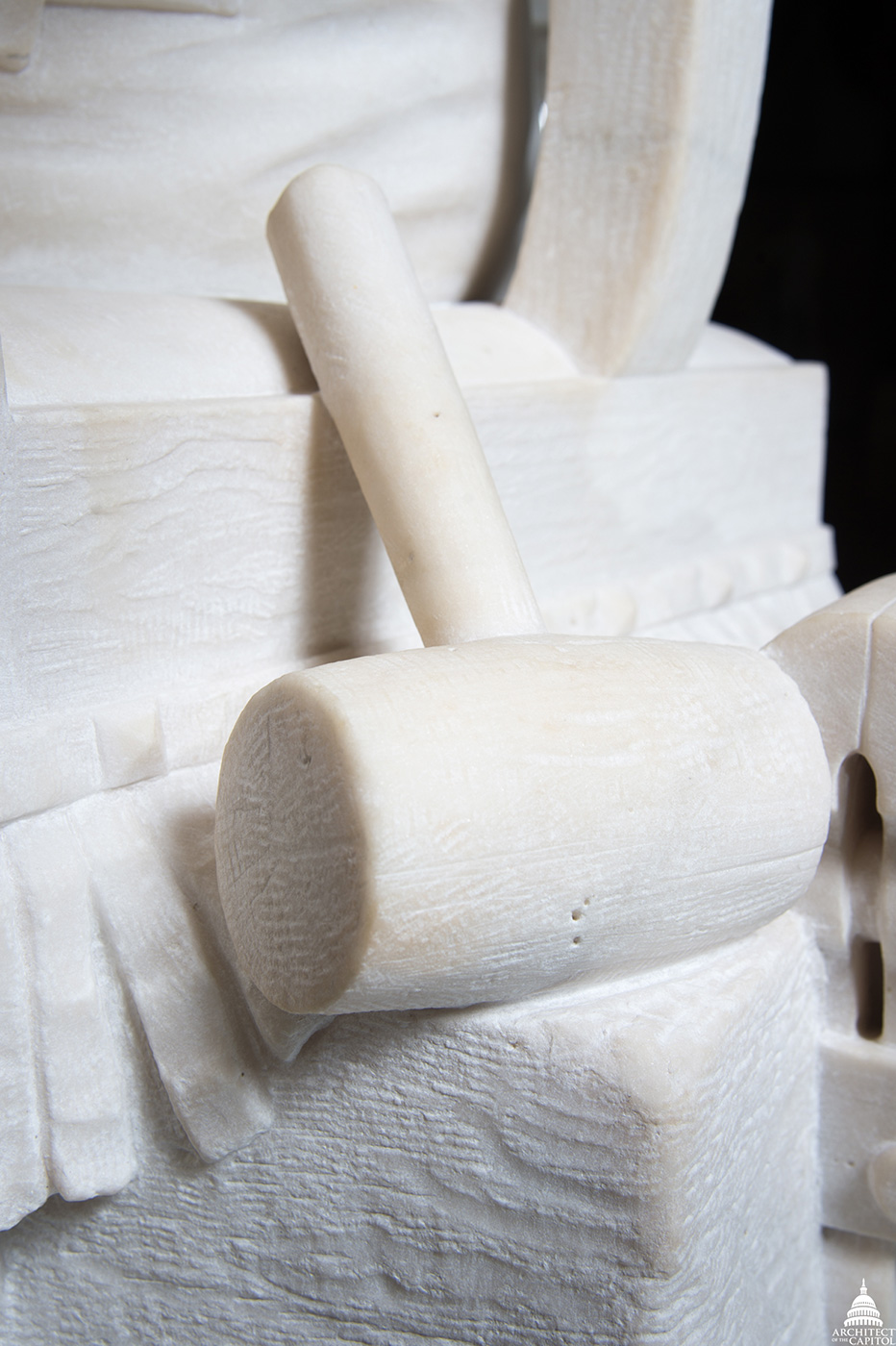 Detail of face, clothing and tools.

He soon moved to France, where he worked on canal systems. In 1800 he built a successful "diving boat," which he named the Nautilus. Neither the French nor the English were sufficiently interested to induce Fulton to continue his submarine design. His interest in building a steamboat continued. In 1802 Fulton contracted with Robert Livingston to construct a steamboat for use on the Hudson River; over the next four years he built prototypes in Europe. 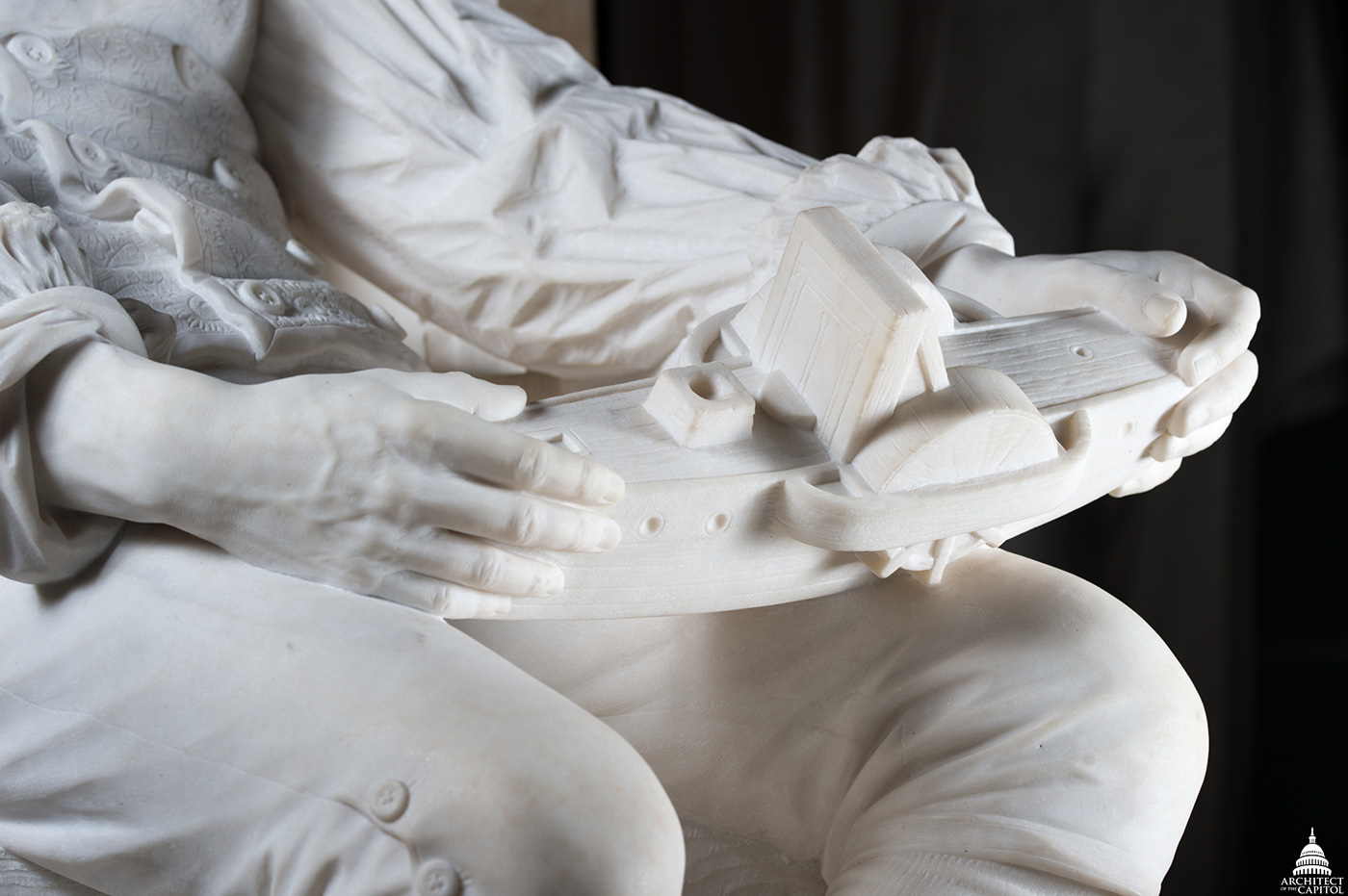 He returned to New York in 1806. On August 17, 1807, the Clermont, Fulton's first American steamboat, left New York for Albany, thus inaugurating the first commercial steamboat service in the world. Fulton died on February 24, 1815, and is buried in Old Trinity Churchyard, New York City.