The statue of Edward Dickinson Baker depicts him as a legislator. It features a plumed military hat resting on a book, which sits upon a sword symbolic of his military service.

Edward Dickinson Baker was born in England on February 24, 1811, and immigrated with his parents to the United States in 1815. After 10 years in Philadelphia, the family moved to Illinois. He studied the law and practiced until his election to the Illinois legislature, where he was first a representative and then a senator. During this time he established a life-long friendship with Abraham Lincoln. Elected to the U.S. House of Representatives in 1844, he resigned in late 1846 to lead his regiment of the Illinois Volunteer Infantry in the Mexican War. He participated in the siege of Vera Cruz and commanded a brigade at Cerro Gordo. After his service he returned to the House from Illinois and then moved in 1851 to San Francisco, where he practiced law for nine years.

In 1860, he moved to Oregon, which had become a state only a year before, and his election to fill a vacancy in the Senate made him the third senator from that state. Seven months after taking office, and only a month after the start of the Civil War, he was authorized by the Secretary of War to raise a regiment, and he soon commanded a brigade guarding fords on the Potomac River. On October 21, 1861, he led his men across the river to reinforce a raiding party that was under Confederate attack. Baker was killed in the afternoon, becoming the only U.S. senator ever to die in combat. President Lincoln mourned his friend deeply, and the severity of the Union defeat prompted the Congress to form the Joint Committee on the Conduct of the War. Baker is interred in San Francisco National Cemetery in California.

In addition to his statue in the U.S. Capitol, he is memorialized in the names of forts in Nevada, California, and the District of Columbia; a street in San Francisco; and a city and a county in Oregon, which in 2011 designated a state holiday in his honor.

The statue of Edward Dickinson Baker in the Hall of Columns of the U.S. Capitol depicts Baker as a legislator. The toga worn over his suit recalls statues of Roman senators. The use of white Italian marble and the classical garment are typical of the neoclassical style practiced by American sculptors in the 19th century. At his feet, a plumed military hat rests on a book, which sits upon a sword symbolic of his military service. On the front of the self base, the name "BAKER" appears in raised letters. The dark marble pedestal carries on its front a bronze plaque, installed in 1952, with the words:

EDWARD DICKINSON BAKER
SENATOR FROM OREGON
OCTOBER 2, 1860 – OCTOBER 21, 1861
KILLED IN THE BATTLE OF BALLS BLUFF
THIS STATUE WAS ERECTED
BY VOTE OF THE CONGRESS 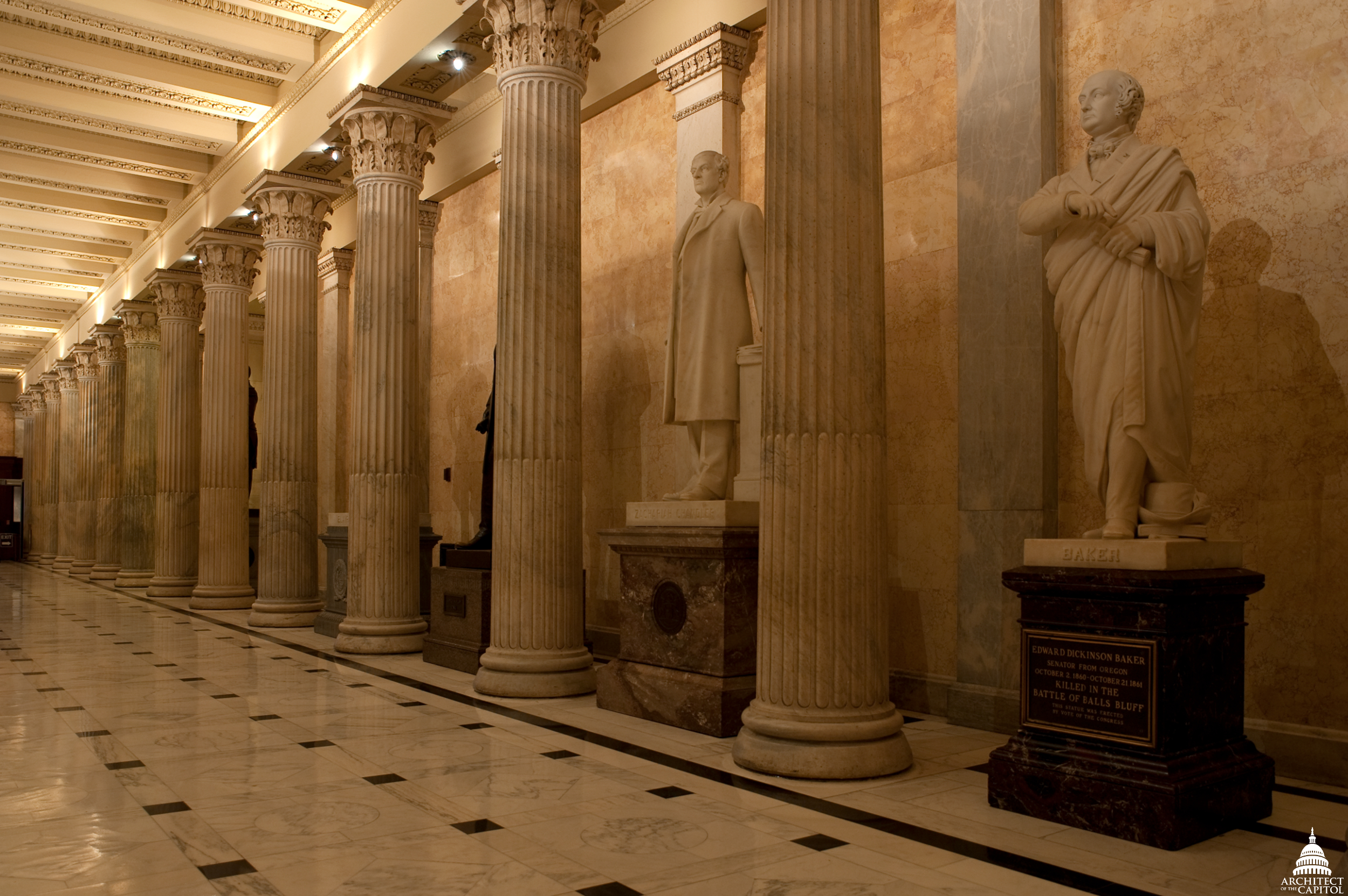 The purchase of a statue in Baker's honor was authorized by Congress in 1873 contrary to the advice of the Joint Committee on the Library, which had no objection to the work of art or the man depicted but was concerned that if a precedent were established "the work of multiplying images of departed members must go on, defying alike all distinction or pre-eminence." Sculptor Horatio Stone had made a model for a statue of Baker in 1862, less than a year after the senator's death; upon receiving the order from Congress in 1873, he had the statue carved at life size in marble in his Roman studio. Placed in National Statuary Hall in 1876, it was the first statue in the Capitol to honor a Civil War soldier. At some time before 1909, it was moved to the Rotunda, where it remained until its relocation to the Hall of Columns in 1979.

Horatio Stone was born in Jackson, New York, in 1808. Stone's attempts at woodcarving as a boy showed his early interest in sculpture, but he left home as young man to study medicine. In the mid to late 1840s, he closed his practice and moved to Washington, D.C., to focus on sculpture. He became interested in the decoration of the Capitol as a founder and president of the Washington Art Association, which evolved into the National Art Association. In 1858, the Association petitioned Congress to form an art commission to oversee the acquisition of art for the Capitol; the commission existed for only one year. Stone maintained studios in Washington, including, at times, a room in the Capitol, and in Italy. He sculpted three other pieces in the U.S. Capitol: John Hancock (1861), Alexander Hamilton (1868) and the Federal Vases (1871). He died in Carrara, Italy, in 1875.