A Welcoming Morning at the U.S. Botanic Garden

Found on every continent except Antarctica, orchids showcase a wide spectrum of diversity in color, shape, size, habitat, scent and many other aspects. 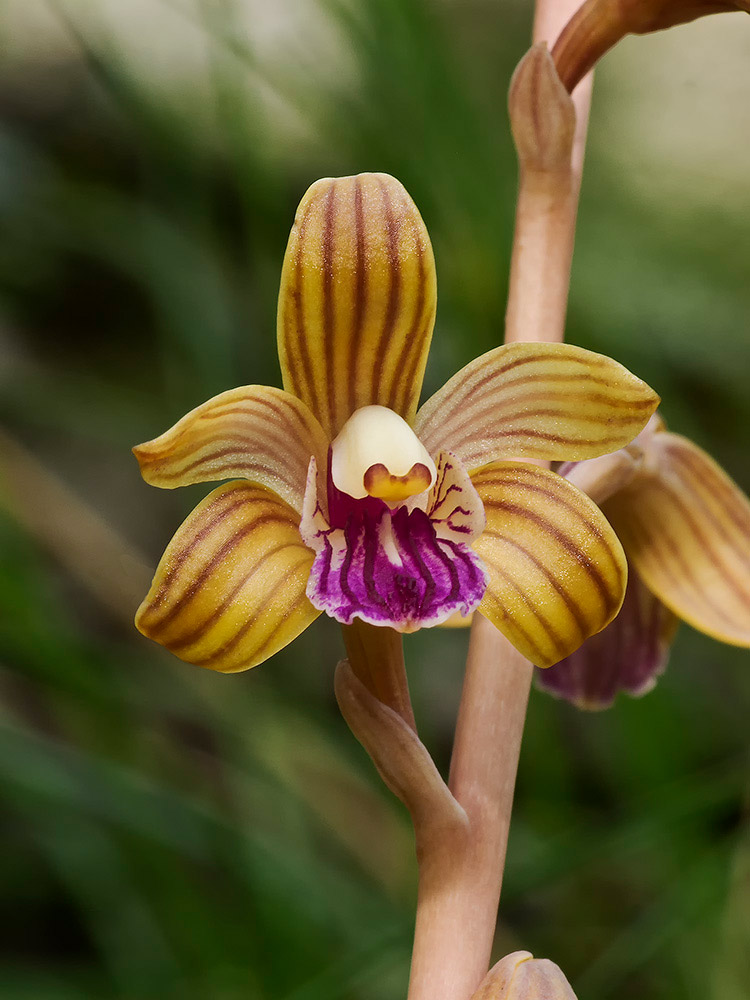 The Hexalectris spicata on display at the USBG.

There are approximately 30,000 orchid species, making the orchid family (Orchidaceae) one of the two largest families of plants in the world (the other is the daisy family, Asteraceae). Orchids are prized for their gorgeous flowers and highly specialized pollination methods, but their diversity contributes far greater rewards to the habitats in which they grow. Many orchids provide food for insects and birds and even more have symbiotic relationships with micro-organisms that assist with nutrient cycling in the ecosystem.

Many orchids are rare or endangered due to excessive collecting of wild plants and habitat destruction. As a result, all orchids are protected by the Convention on International Trade in Endangered Species of Wild Fauna and Flora (CITES). Despite this protection, illegal collecting and trade persist. When someone tries to smuggle a wild orchid into the United States, the orchid is seized by the U.S. Fish & Wildlife Service and sent to rescue centers like the U.S. Botanic Garden and Smithsonian Gardens.

North America is home to over 200 orchid species and more than half are endangered or threatened somewhere in their native range. The USBG, the Smithsonian Institution and several other public gardens are working together to conserve orchids native to North America.

Explore four examples celebrating the diversity of orchids below, then visit the USBG Orchid Spectrum exhibit to learn more.