A Century of Service

The Capitol Power Plant provides steam and chilled water used to heat and cool buildings throughout the U.S. Capitol campus. In December 1910, the plant started operations, generating steam and electricity for the U.S. Capitol Building. In 1951 it ceased generating electricity. The plant has been enlarged many times to keep up with expansion of congressional offices and corresponding increase in heating and cooling demands of the U.S. Capitol.

The Capitol Power Plant was authorized in 1904 to support new office buildings which were then in the early planning stages. These new facilities, now known as the Cannon House Office Building and the Russell Senate Office Building, required substantial heating and electrical supplies that were to be generated remotely. In addition, the U.S. Capitol and the Library of Congress would also be tied into the new plant, as would be all future buildings constructed on the Capitol campus.

With the advent of air conditioning in the 1930s, the power plant also supplied chilled water to the Capitol campus. Originally called the "Heating, Lighting, and Power Plant," the Capitol Power Plant was one of the earliest 25-cycle alternating current electric-generating facilities in the country. The original steam boilers were removed in 1923 and replaced by a second generation of steam boilers. A one-story addition was built in 1938 to house six refrigeration machines and other equipment. This was the first large refrigeration plant in the country supplying chilled water remotely. It supplied the U.S. Capitol, the two House office buildings and the one Senate office building. (At this time the two Library of Congress buildings and the Supreme Court had their own refrigeration plants.)

In 1950 the steam boilers were replaced with modern coal-fired steam generators. The original refrigeration equipment was replaced, doubling the plant's air-conditioning capacity. At the same time the plant's electricity generating capacity had reached its limit and it was therefore decided to abandon production and transfer loads to the local electrical utility, PEPCO. 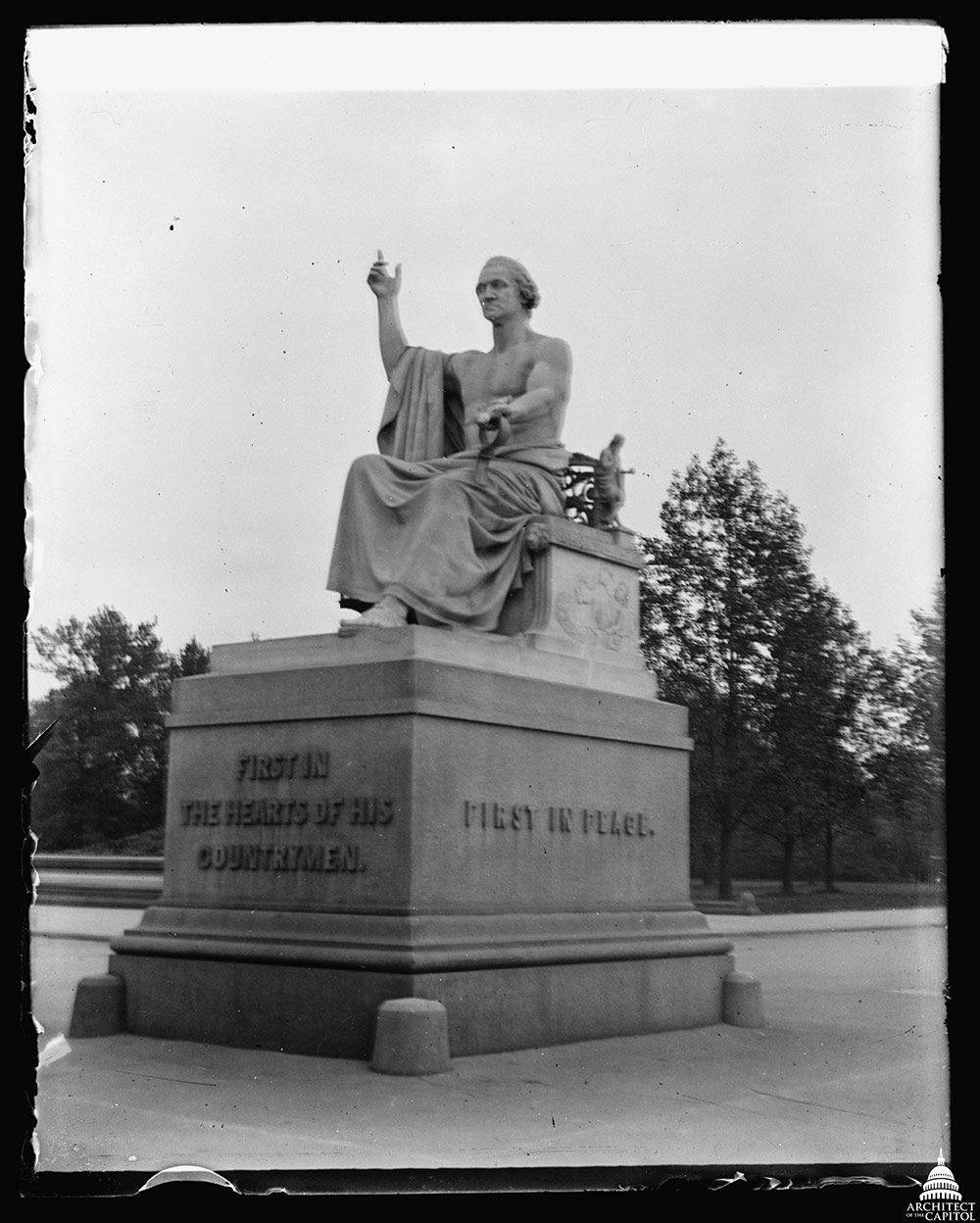 The cornerstone started out as the pedestal for the Statue of George Washington by Horatio Greenough (1841). Its granite base featured the raised inscription, "First in War, First in Peace, First in the Hearts of His Countrymen." In 1908, Congress passed a resolution transferring the statue from the Capitol to the Smithsonian Institution. Because a new base for the statue was authorized, the original base wasn’t needed, and was taken to the site for the new Capitol Power Plant. 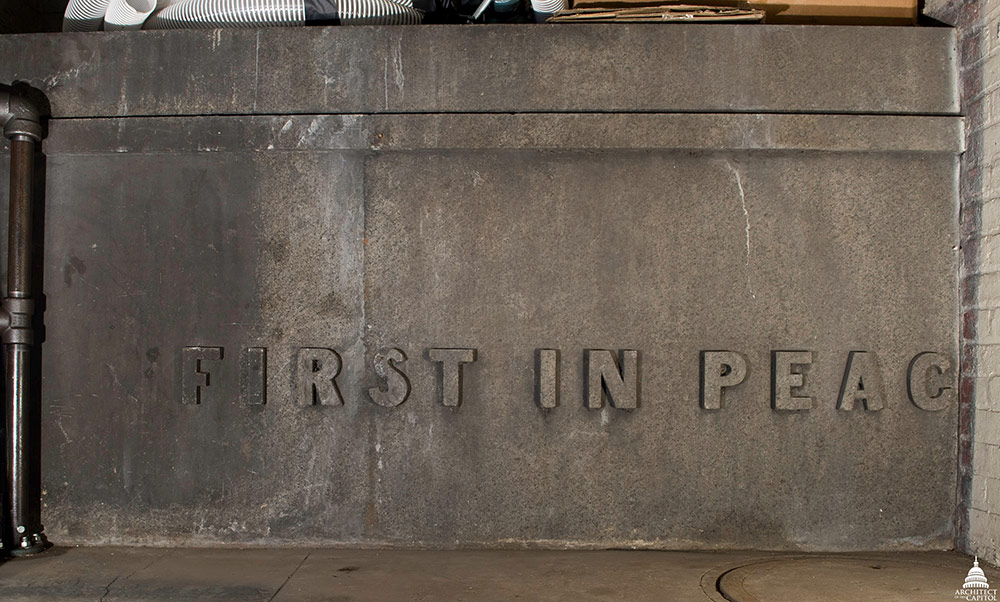 In 1909, the pedestal was placed in the plant’s foundation during construction and used as a cornerstone. Today, the words "First in Peace" can be seen at ground level — proving that repurposing old items has been at the "foundation" of the Architect of the Capitol's sustainability practices for at least 100 years.