History of the Supreme Court

The Thurgood Marshall Federal Judiciary Building occupies a trapezoidal site on Columbus Circle southeast of Union Station. It is faced with white granite that complements the stone used on the neighboring train station and post office. 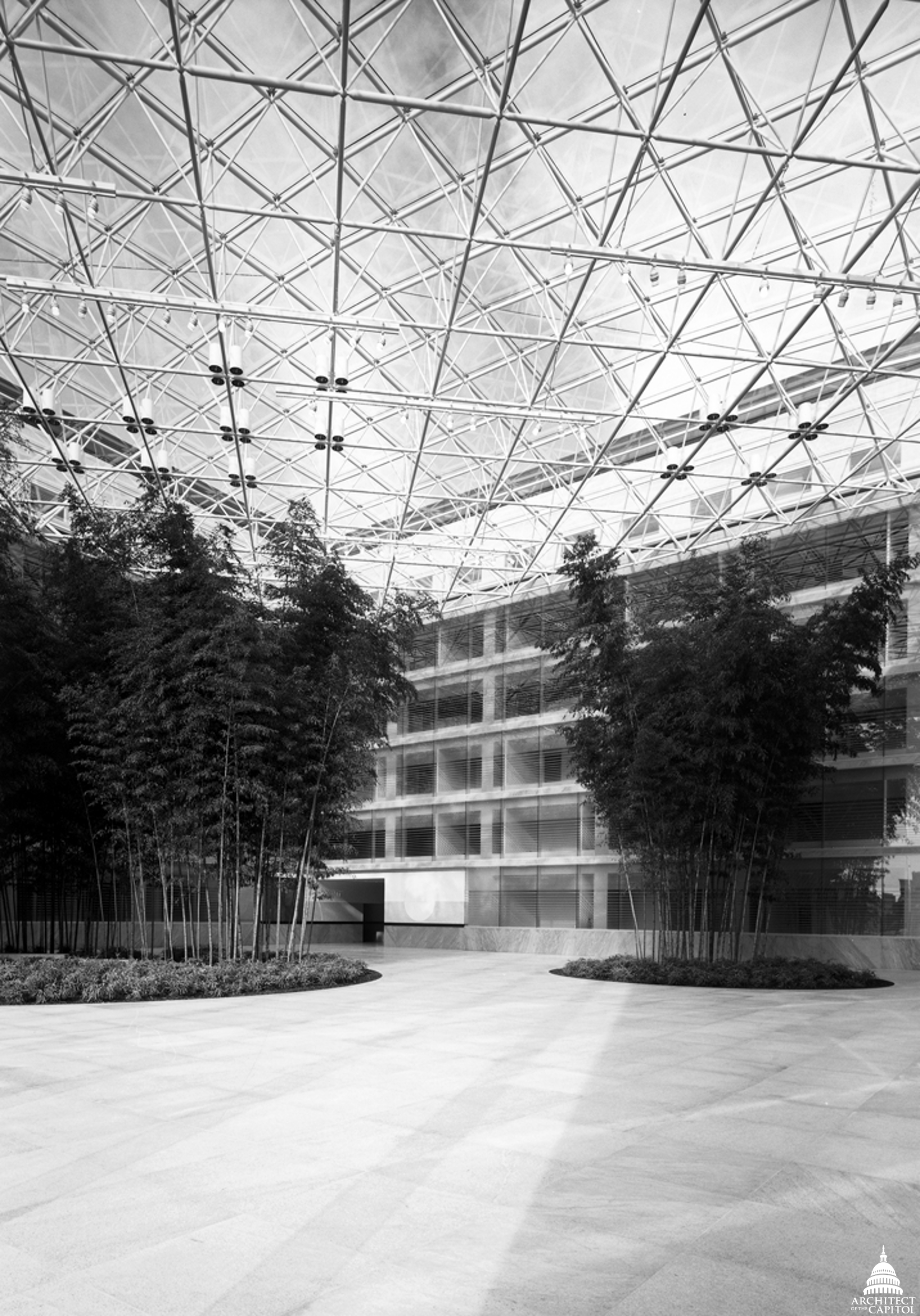 A large entrance atrium is located in the middle of the building, with an exterior glass wall facing Columbus Circle. The roof of the atrium is tinted glass supported by a space frame. The inner walls of the atrium are lined with floor-to-ceiling glass, affording natural light into the interior offices. The focus of the atrium is two large circular plantings of tall and low evergreen bamboos, which provide year-round visual interest.

Stone-clad wings were designed to recall the heavy columns and arches that are conspicuous elements of Union Station. Nowhere are classical moldings or carvings to be found, but the scale, rhythm, and sculptural qualities of the granite facade and its low dome (actually a mechanical penthouse) suggest a polite and deferential relationship with its grand neighbor.

The Architect of the Capitol's (AOC) Supreme Court Jurisdiction is responsible for building and grounds maintenance, historic preservation, structural and mechanical care, alterations, design, and construction of new facilities. All duties and work required for the care and custody of the Supreme Court building and the Thurgood Marshall building are performed under the direction of the Marshal of the Supreme Court and the AOC Facility Manager's Office.

The Thurgood Marshall Federal Judiciary Building is an administrative center for the federal court system located adjacent to Union Station. Its construction completed the spacial enclosure of Columbus Circle and was considered a long overdue complement to the city's train station and post office. In federal ownership since the 1920s, the site prior to the building's construction had been a parking lot.

In 1985, Architect of the Capitol George White was authorized to begin studying the possibility of providing an office building for the federal courts. He invited the country's leading architects and developers to submit proposals for the new building; they were to present ideas combining architectural solutions with creative financing options to "minimize or eliminate initial capital investment by the United States through the use of public-private partnerships or non governmental sources of financing." The invitation was an innovative scheme to provide the judicial branch with a first-class building without resorting to the usual appropriation process.

Financial and real-estate consultants were retained to advise the Architect of the Capitol in matters relating to market analysis, cost evaluation, business deal structure, and implementation. Forty-three development firms were contacted, of which nineteen indicated an interest in the project. From this list, five developer-architect teams were asked to submit proposals. A jury unanimously selected the team of Edward Larrabee Barnes/John M. Y. Lee & Partners as the architects and Boston Properties as the developer. Chief Justice William H. Rehnquist approved the selection on January 13, 1989. 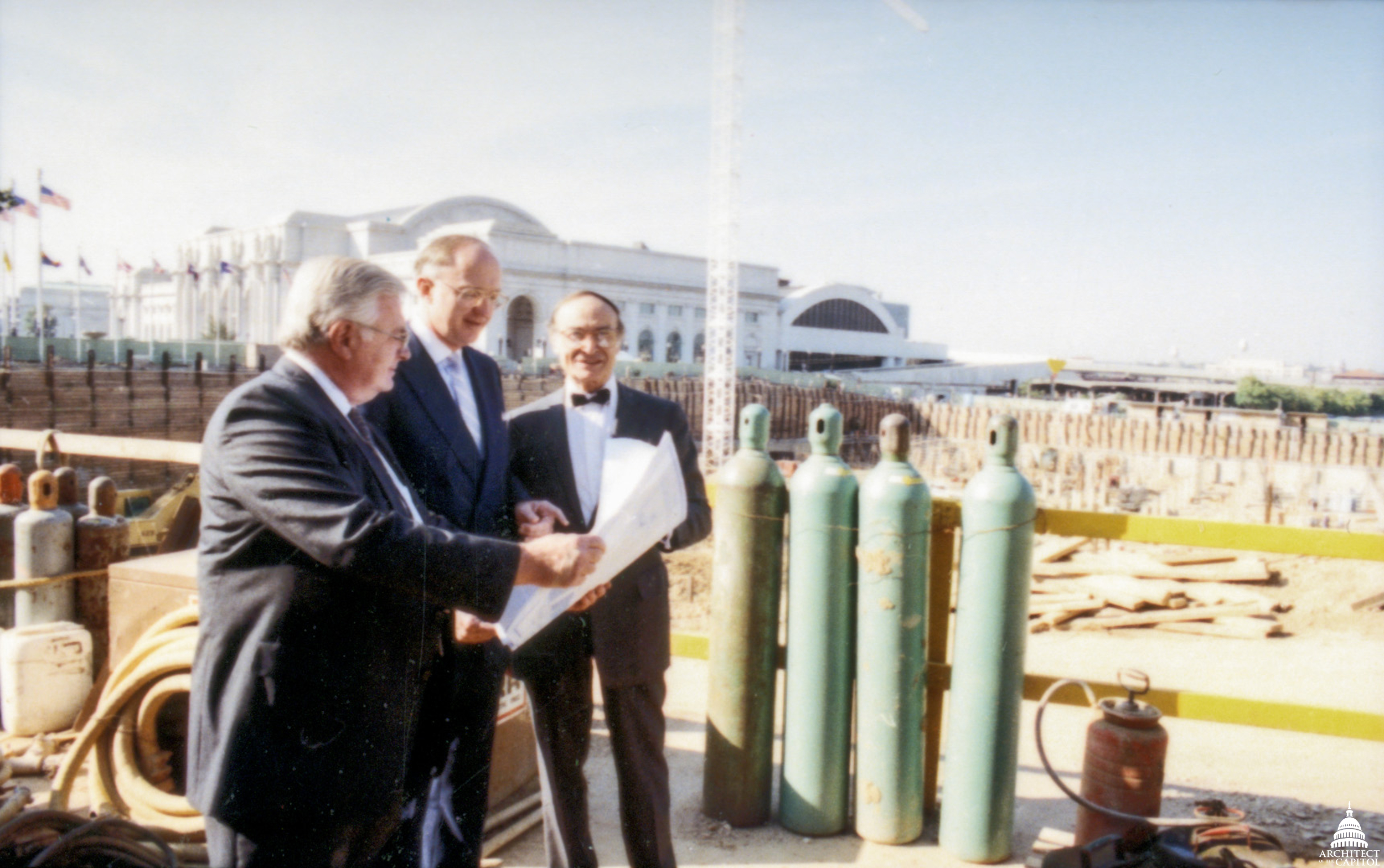 By the terms of the innovative financing package, the Architect of the Capitol agreed to lease the site to the developer for thirty years. He also agreed to lease the finished building for 30 years, at which time it would revert to the government at no cost. Rents would be used to amortize the privately raised debt. Not since the 1790s, when the board of commissioners attempted to finance the Capitol and White House through the sale of city lots, had such unconventional financing been tried on a federal construction project. Unlike the commissioners' bungled efforts, however, this financing scheme proved entirely satisfactory. 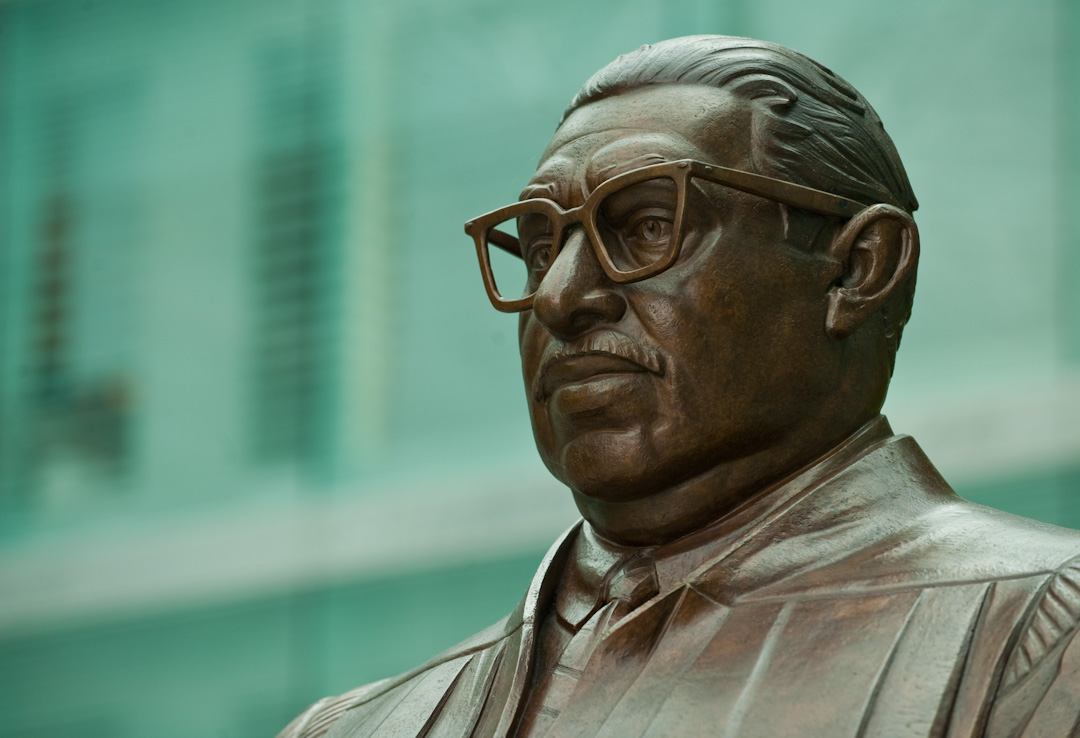 Ground was broken for the Thurgood Marshall Federal Judiciary Building on April 4, 1990, and tenants began to occupy the finished building on October 1, 1992. It cost $101 million, providing more than 600,000 square feet of rentable space within its overall million-square-foot interior.