By the Numbers: Senate Fountain

Summer at the U.S. Capitol

Summer in Washington, D.C. brings heat, humidity and families on vacation. Across the Capitol campus, visitors can find relief in the cool shade of thousands of trees and aquatic inspiration from more than 20 water features.

What can visitors see and do in summer? 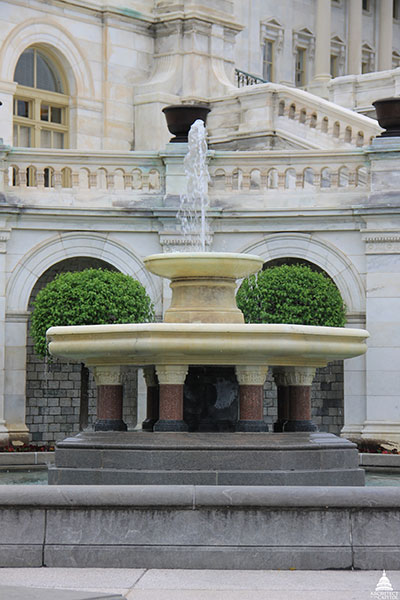 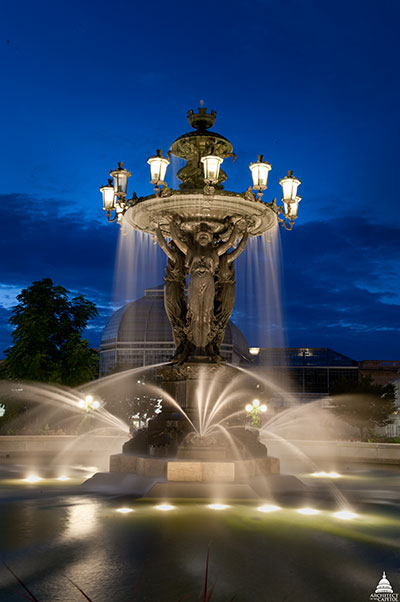 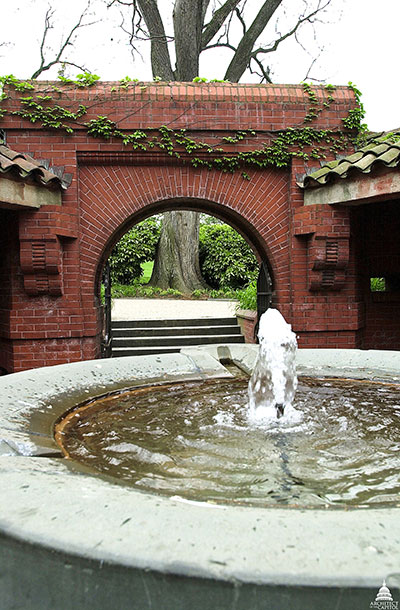 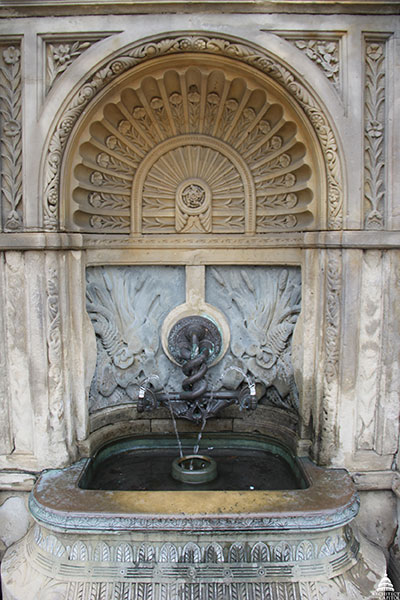 Although the water features maintained by the Architect of the Capitol (AOC) are not designed for humans to recreate in, several crowd-pleasing pools of cool are located near the U.S. Capitol including the Capitol Reflecting Pool, Senate Park fountains, the Neptune Fountain and the U.S Botanic Garden's Bartholdi Fountain.

Several more beautiful water features on the grounds are worth seeking out to enjoy. 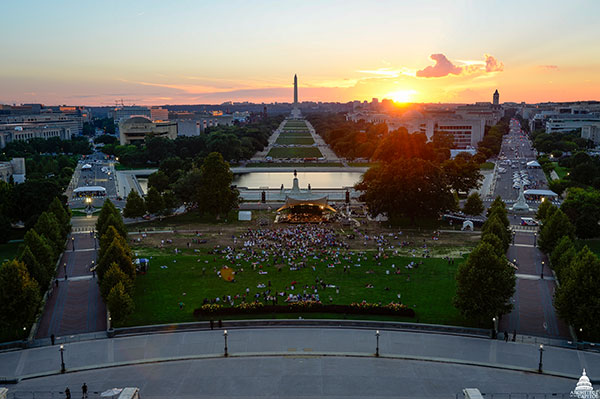 View west from the U.S. Capitol during sunset and the Labor Day Concert in 2018.

Every year, the NSO performs three starlight holiday concerts – on Memorial Day, the Fourth of July, and Labor Day – that are free to the public and performed on the West Front lawn of the U.S. Capitol. Also, each summer a series of military band concerts are offered on weekday evenings on the West Front steps of the U.S. Capitol. This series is a continuation of a more than 130-year-old tradition.

Every year, the AOC's Capitol Grounds and Arboretum jurisdiction chooses a theme for the grounds' flower bed color palettes. "Bright and Bold Pollinator Plants" is the theme for 2019. 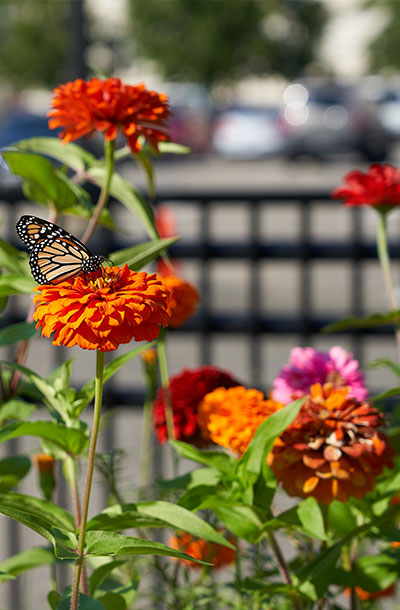 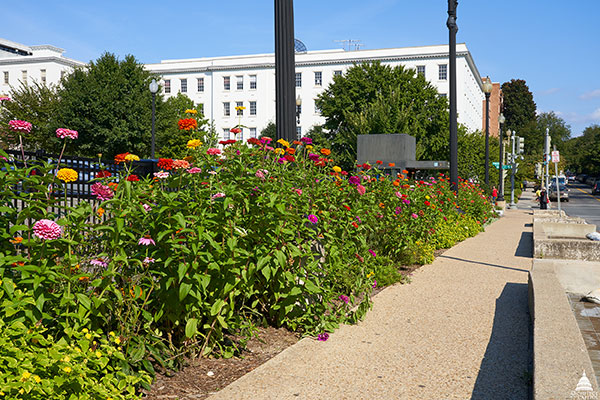 Pollinators are vital to our ecosystem and to many food crops. They include honey bees, bats, beetles, butterflies, some birds as well as flies. Pollinator-friendly landscapes can help curb their decline and numerous pollinator plants can be viewed across the Capitol campus during this year's growing season including Begonias, Calibrachoa, Cannas, Gomphrena, Indiangrass, Little Blue Stem, Petunias, Rudbecka, Salvia, Strawflower and Sweet alyssum. 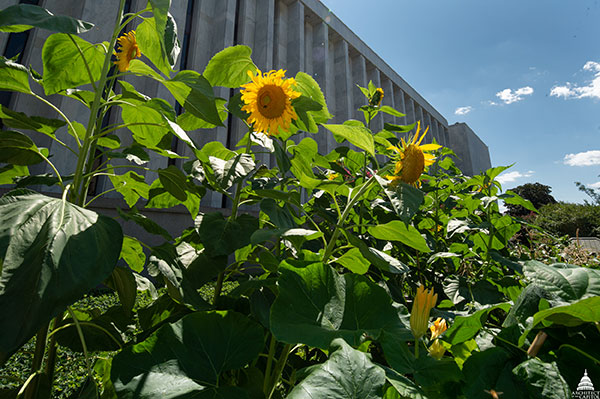 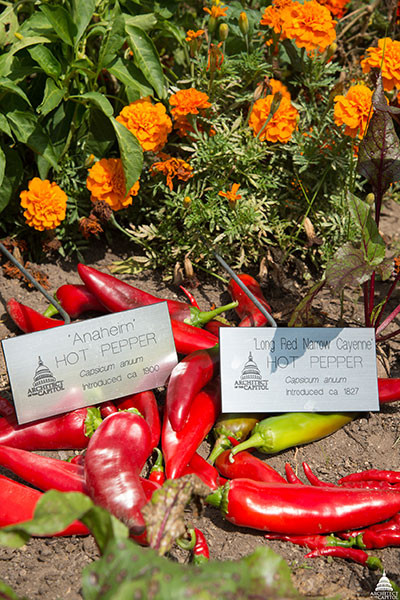 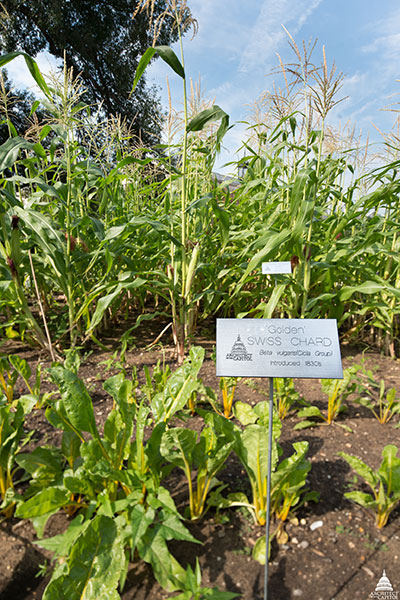 The AOC's Library Buildings and Grounds gardeners also plant and maintain vegetable gardens in the tradition of World War I-era "victory gardens," which were gardens planted to increase the American food supply during the war effort. There are three gardens that can be viewed on raised beds outside the Library of Congress buildings: the west side of the James Madison Memorial Building; the Second Street, SE, side of the Thomas Jefferson Building; and the eastern base of the John Adams Building.

The vegetables harvested from these gardens are donated to local food banks.

What does the AOC work on in summer? 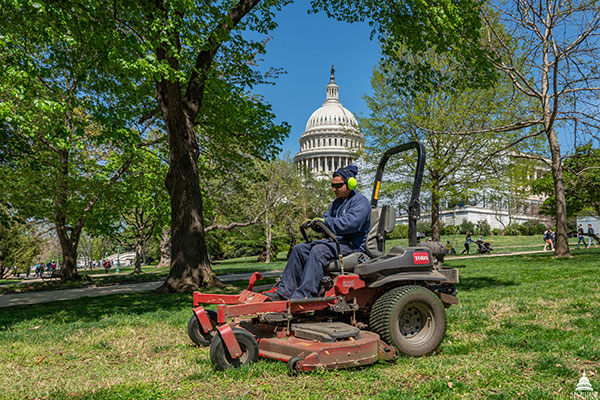 Throughout summer, Capitol Grounds and Arboretum staff cut, maintain and repair more than 90 acres of turf-grass on the grounds. To facilitate warm season turf rejuvenation, a trial of new Bermuda grass varieties was recently undertaken as part of the AOC's ongoing efforts to promote sustainable turf management.

Trees are a major feature of the U.S. Capitol Grounds and continue to reflect Frederick Law Olmsted's original landscape design, a vision which drives all landscaping decisions on the grounds today. Grounds crews perform crown cleaning and structure pruning of trees and shrubs in summer. For much of the season, tree care focuses on historic tree preservation.

The Capitol Grounds' oldest and most important trees are protected during events and restriction zones; monitored and treated for pests and diseases; stabilized with dynamic cabling; and propagated using culturally or genetically significant germplasm.

Soils throughout the campus become severely compacted due to summer events and increased pedestrian foot traffic. The compaction limits air and water movement through the soil and to the turf, shrubs and trees of our landscape. In an effort to mitigate some damage, grounds crews utilize high pressure air to loosen soil and add organic matter to the critical root zones of our living historic assets. 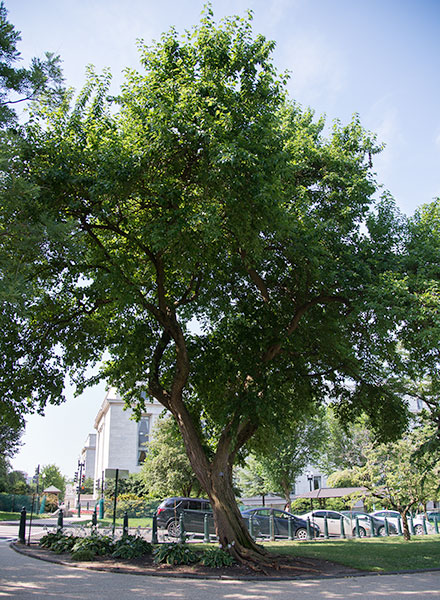 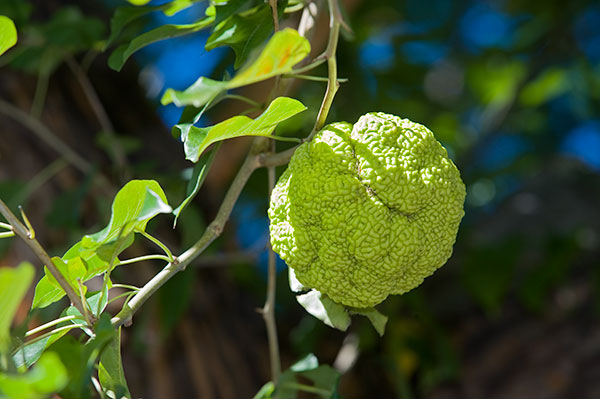 An Osage orange tree on the U.S. Capitol Grounds and its fruit.

Some trees also require fruit harvesting in late summer, such as the Osage orange trees on the House side of the grounds. Located near busy sidewalks, the Osage orange trees produce especially interesting softball sized fruit that is often heavy and could pose a safety issue to pedestrians. AOC carefully monitors and harvests the fruit prior to dropping.

About the U.S. Capitol Grounds

For an easy and on-the-go reference to all that the U.S. Capitol Grounds have to offer, download the Capitol Grounds app to your phone. Explore the interactive map, photos, audio clips, historic details and more. Visit the Apple Store or Google Play to download the app today!