This statue of Po'pay was given to the National Statuary Hall Collection by New Mexico in 2005.

Po'pay was born around 1630 in the San Juan Pueblo, in what is now the state of New Mexico; his given name, Popyn, means "ripe squash" in the Tewa language. As an adult he became a religious leader and was responsible for healing as well as for his people's spiritual life. He also knew of his people's suffering under Spanish settlers, who forced them to provide labor and food to support the Spanish community. The Spaniards also pressured them to give up their religion and way of life and to adopt Christianity—those found practicing their religion were tortured and sometimes executed.

In 1675, Po'pay and 46 other Pueblo leaders were convicted of sorcery; he was among those flogged, while others were executed. In 1680 Po’pay organized the Pueblo Revolt against the Spanish. According to legend, to coordinate the timing of the uprising, he and his followers sent runners to each pueblo with knotted deerskin strips. One knot was to be untied each day, and the revolt would begin on the day the last one was untied. However, the Spaniards arrested two of the runners, and the pueblos were quickly notified to accelerate the revolt. The attacks began on August 10, two days before the last knot would have been untied. The Spaniards took refuge at Santa Fe; the besieging Indians cut off their water supply but soon permitted them to leave the area. The Pueblo Revolt helped to ensure the survival of the Pueblo culture and shaped the history of the American Southwest.

In 1997, the New Mexico Legislature selected Po'pay as the subject of the state's second statue for the National Statuary Hall Collection and created the New Mexico Statuary Hall Commission, whose members were appointed by Governor Gary Johnson. Four sculptors were selected to create maquettes, and Cliff Fragua was awarded the commission in December 1999. It will be the seventh statue of a Native American in the collection; the others are King Kamehameha I, Will Rogers (who had Cherokee ancestors), Sakakawea, Sequoyah, Washakie and Sarah Winnemucca.

The seven-foot-high statue was carved from pink Tennessee marble (making it the only colored marble statue in the collection) and stands on a three-foot-high pedestal comprised of a steel frame clad in black granite. Its acceptance marked the first time at which every state in the Union has been represented by two statues in the collection. In addition, Po'pay is historically the first person represented in the collection to be born on what would become American soil. 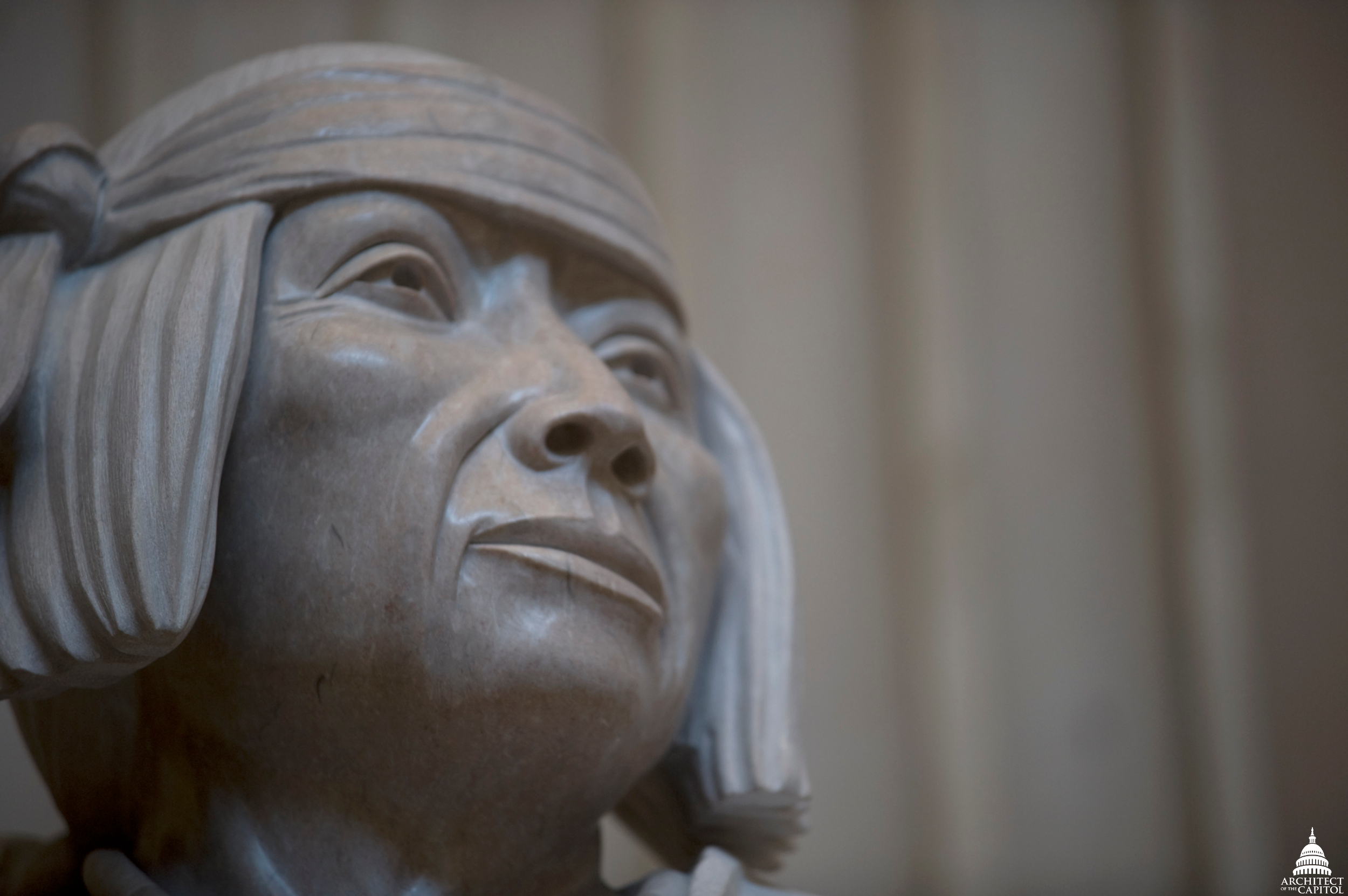 No image or written description of Po'pay is known to exist. Sculptor Cliff Fragua describes the statue thus:

In my rendition, he holds in his hands items that will determine the future existence of the Pueblo people. The knotted cord in his left hand was used to determine when the Revolt would begin. As to how many knots were used is debatable, but I feel that it must have taken many days to plan and notify most of the Pueblos. The bear fetish in his right hand symbolizes the center of the Pueblo world, the Pueblo religion. The pot behind him symbolizes the Pueblo culture, and the deerskin he wears is a humble symbol of his status as a provider. The necklace that he wears is a constant reminder of where life began, and his clothing consists of a loin cloth and moccasins in Pueblo fashion. His hair is cut in Pueblo tradition and bound in a chongo. On his back are the scars that remain from the whipping he received for his participation and faith in the Pueblo ceremonies and religion.

* Please Note: We realize that many choose to visit the U.S. Capitol to honor Po'pay by placing ceremonial offerings on his statue. For security purposes, however, cornmeal and other offerings may not be placed on any statues in the Capitol.

Cliff Fragua, an Indian from Jemez Pueblo, studied sculpture in Italy, California, and New Mexico; he created his first stone sculpture in 1974.