This statue of President Ronald Wilson Reagan was donated to the National Statuary Hall Collection by California in 2009.

Ronald Wilson Reagan was born on February 6, 1911, in Tampico, Illinois; was graduated from Eureka College in 1932; and became a radio sports announcer. In 1937, he began a 29-year acting career that included over 60 films and dozens of television programs. From 1940 until 1948 he was married to actress Jane Wyman, with whom he had two children.

In the army during World War II, his nearsightedness kept him from combat duty, so he worked in the training-film unit for three years. After the war he returned to Hollywood, and in 1947–1952 and 1959–1960 he served as president of the Screen Actors Guild. In 1952, he wed actress Nancy Davis; the couple had two children and remained married for the rest of his life. 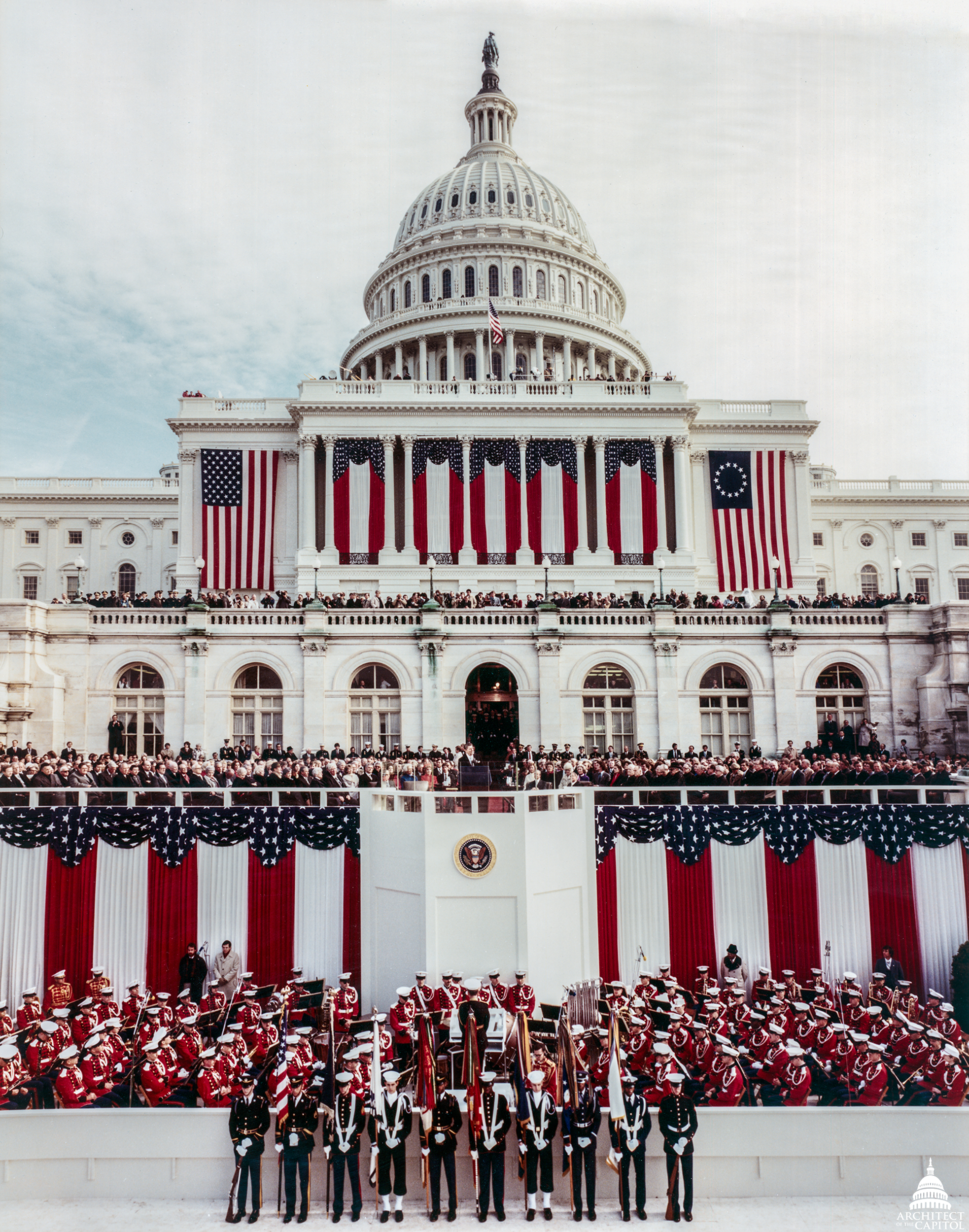 On June 5, 2004, he passed away at the age of 93. His body lay in repose at the Ronald Reagan Presidential Library in Simi Valley, California, and then lay in state in the U.S. Capitol Rotunda. After a state funeral at Washington National Cathedral on June 11, his body was interred at the Reagan Library.

The former president is depicted as he looked during his term in office, 1981 to 1989. He appears to stand tall but relaxed, a genial and confident smile on his face. He wears his preferred custom-made single-breasted suit and a striped necktie; his right arm is by his side and his left hand rests atop a square column. The torch that appears in low relief on the column suggests the torch of the Statue of Liberty, to which Reagan often referred in speeches as "the torch of freedom" or "Liberty's flame." Eagles decorate the corners of the capital. Reagan's feet are slightly splayed, and the toe of his right shoe overhangs the self base.

The Tennessee Rose marble pedestal, designed by architect James McCrery, includes a narrow band of concrete pieces from the Berlin Wall, the scene of the 1987 speech in which Reagan demanded of the Soviet Premier, "Mr. Gorbachev, tear down this wall!" The front of the pedestal is inscribed with Reagan's name, his life dates and the state name California. On the right and left sides are bronze reliefs of the seals of the offices he held, governor of the State of California and president of the United States; inscribed below them are his terms of service. A bronze plaque on the rear of the pedestal bears a quotation from Reagan's speech at the 1992 Republican National Convention: "America's best days are yet to come. Our proudest moments are yet to be. Our most glorious achievements are just ahead." 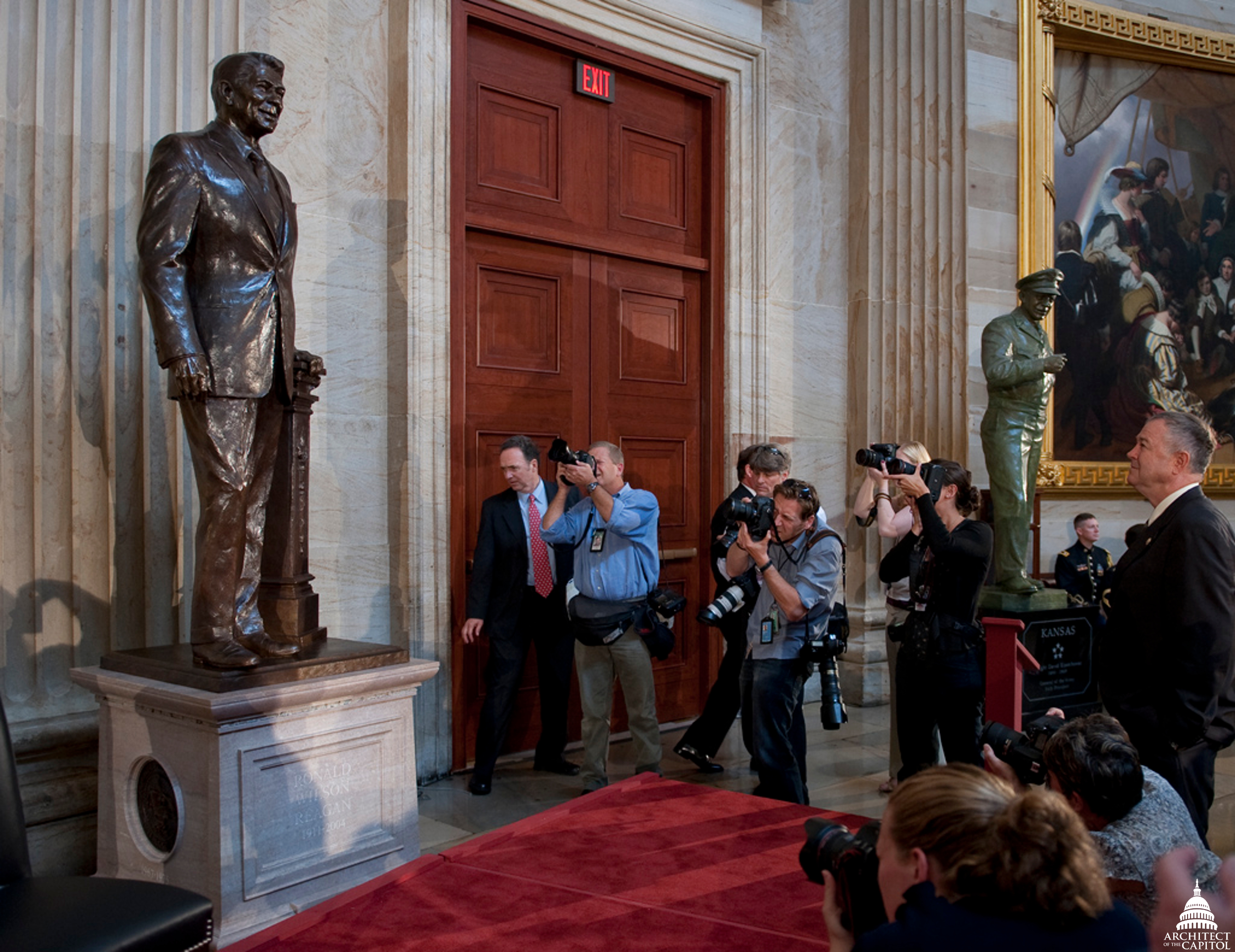 The California legislature and governor delegated responsibility for the creation of the statue to the Ronald Reagan Presidential Library Foundation, which selected sculptor Chas Fagan and oversaw the design and approval process. This was the second instance of a state's replacing a previously donated statue since such action was authorized by the Congress in 2000 under Public Law 106-554 (40 U.S.C. 187a). The statue was unveiled in the United States Capitol Rotunda on June 3, 2009 (pictured above).