Montgomery Meigs – who built the U.S. Capitol while helping save the Union it represents – may be America's greatest engineer. His contributions were both in engineering (the Dome) and in management (he hired artists). Another lasting legacy is his use of photography to document the construction.

For an organization known as the Architect of the Capitol – celebrating engineers may not be without controversy. But as a communication professional, I am neutral in the timeless "battle" between these two professions. And, in truth, America's greatest buildings could not have been built without the best contributions from both – this is certainly true of the United States Capitol. 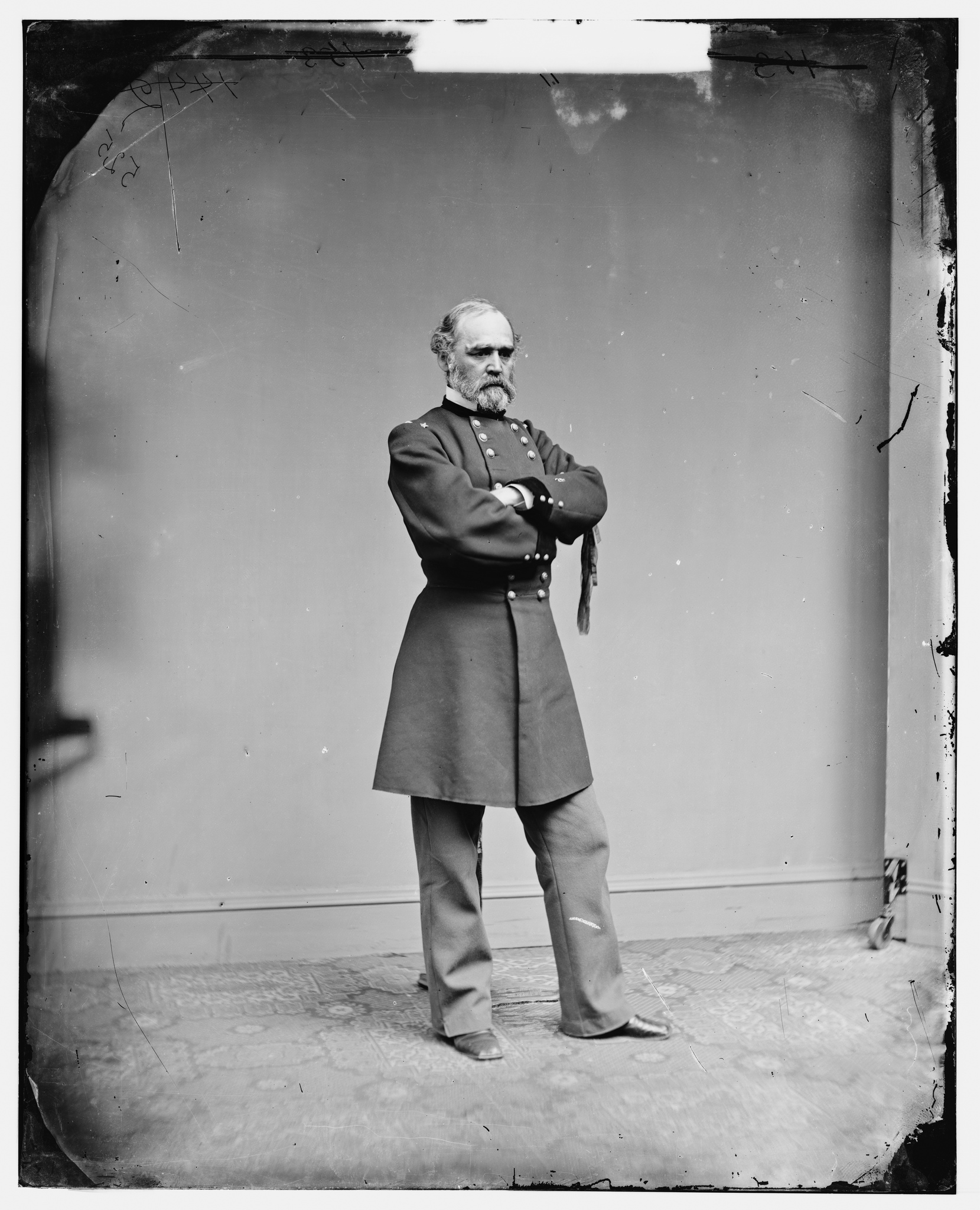 The celebrated architect of the Capitol Dome and founder of the American Institute of Architects (AIA), Thomas Walter, often overshadows the contributions of his contemporary colleague, partner and foil, Montgomery Meigs (pictured above). Meigs – a man who built the Capitol while helping save the Union it represents, may be America's greatest engineer.

As Washington Post staff writer Robert O'Harrow Jr, states "Meigs may be the most important bureaucrat in American history, a desk jockey who built the war machine that crushed the Confederacy. He also left behind another legacy — of technical ingenuity, humanity, love of art and belief in Washington, D.C., as a world power — before the first shot of the Civil War was ever fired." [full Washington Post article]

Meigs' contributions to the Capitol were both in engineering (designing the scaffold that would raise the ironwork for the Dome) and in management (he hired artist Constantino Brumidi and sculptor Thomas Crawford, designer of the Statue of Freedom). Another of his lasting legacies was his use of photography to document the construction – which may be the first use of the medium for this purpose in history.

The photographs he commissioned are a national treasure, capturing a watershed moment in our history, while providing amazing insights into the construction and techniques in building the Capitol. Today, we look on these photos in awe of the achievements they documented – as engineers (and architects), photographers, curators and many other trades at the Architect of the Capitol work today to preserve and restore the legacy of our predecessors.

Following his work at the Capitol, President Lincoln appointed Meigs quartermaster general of the Union Army, where his logistical achievements have been credited in playing a major role in the Union’s victory of the Civil War. Following the war Meigs would go on the establish Arlington National Cemetery, where he now rests.

Working under the Capitol Dome everyday, I cannot help but be amazed by the architectural and engineering achievement it took to make it possible – even more so by the period in which it was accomplished. And as my grandfather, who landed at Normandy in June 1944, and now rests at Arlington Cemetery along with Meigs and America’s other great heroes – I am proud the Architect of the Capitol works everyday to serve, preserve and inspire others in Meigs' legacy.